Do you keep a list of venture capitalists on Twitter? You need to add these people now. Social VCs are an incredible source of insight for all entrepreneurs and investors, but particularly for early-stage founders. The VCs listed below have seen the companies they work with face countless different scenarios and situations. They work with dozens of portfolio companies and get pitched hundreds (even thousands) of times a year. Some have been investing in and advising companies for decades; others for just a short time, but with enough huge wins that the rest of us need to sit up and take notice. If you want to learn more about the VC game or even get funded yourself, tune in to these Twitter accounts:

Calacanis has a $10 million angel fund and hosts the largest startup conference in the world. He was a first-round investor in Uber, and has invested in ChartBeat, Gowalla, Evernote, and more than 60 other startups. Why follow Calacanis: If the fact he has more than 220,000 followers isn’t compelling enough, he is also a pretty prolific blogger and regularly shares his vast experience with his network.

An Android co-founder, Miner now leads Google Ventures‘ East Coast investment team and has led investments in HubSpot, Stamped, MessageMe, and many others. Why follow Miner: A mobile industry pioneer, he’s also been growing businesses for more than 25 years.

A managing director at early investment firm Foundry Group, Feld has been in VC since 1987. He’s also a co-founder of startup accelerator Techstars, which provides mentoring, networking, and $118,000 in seed funding for startups. Why follow Feld: His Twitter feed is a steady stream of startup advice and insight, from his tweets on teaching to the latest industry news and influencer blog posts.

Alongside his Sherpa Ventures co-founder Scott Stanford, Pishevar has invested in and advised Airbnb, Uber, Tumblr, and others. A super interesting social activist, he helped author a paper that led to the Istanbul Protocol on documenting torture at just 21 years of age. Why follow Pishevar: If you tire of his startup advice (and trust me, you won’t), he also has a great sense of humor and posts great pics.

Flanagan is a VC with Boston-based Sigma Prime Ventures, which primarily invests in early-stage SaaS, cloud, mobile, and other technology-enabled services. Having been a VC for two decades, he’s raised more than a billion dollars in financing and has some serious wins under his belt, including taking two companies from startup to IPO with capitalizations of more than $1 billion. Why follow Flanagan: He knows financial modeling inside and out (and I say this from firsthand experience). Flanagan is one of WordStream’s lead investors–thanks for taking a chance on me!

Co-founder and partner at seed-stage VC firm NextView Ventures, Beisel works with internet startups. Prior to his foray into venture capitalism, he was an entrepreneur himself and co-founded email marketing brand Sombasa Media (later acquired by About.com). Why follow Beisel: He often shares tweet-size startup tips based on his own experience and more in-depth advice on his GenuineVC blog.

A partner with Matrix Partners, Skok also offers the No. 2 site in Forbes’ 100 Best Websites for Entrepreneurs, ForEntrepreneurs.com. He’s helped brands like Tabblo and TribeHR to successful exits, and serves on the boards of Conductor, Enservio, and HubSpot (which had a billion-dollar IPO a few months ago), as well as several other companies. Why follow Skok: Both his Twitter feed and blog are crammed full of in-depth, super helpful entrepreneur and startup resources, advice, and knowledge.

This former product director for Yahoo and Skype is now an early-stage tech VC and kickass entrepreneur mentor with Passion Capital. She’s known for her no-nonsense approach and not pulling punches when a founder might not be thinking quite clearly about the baby. Why follow Burbidge: She’s logical, experienced, and generous with her knowledge.

Cowan is a partner at one of the longest running and most successful VC firms in the country; one with a $1.6 billion fund. Bessemer Venture Partners has some serious pedigree; it’s the startup spinoff of Henry Phipps Jr.’s Bessemer Securities, the firm he created to reinvest the proceeds from his sale of Carnegie Steel. Why follow Cowan: Cowan lives and breathes startups. He’s currently a director at Zoosk, Rocket Lab, and Endgame, and shares startup advice on his blog.

A partner with Bain Capital‘s Ventures division, Agarwal leads the West Coast office’s early-stage software investing in companies like Kenshoo, Optimizely, SurveyMonkey, and SendGrid. According to his online bio, Agarwal works with early-stage founders on team building, culture, product market fit, and scaling early go-to-market operations. Why follow Agarwal: Named to Forbes’ Midas List of top tech investors in both 2012 and 2013, he’s also an active member of the VC community on Twitter.

The co-founder and CTO of hugely successful genomic screening startup Counsyl, Srinivasan was one of Technology Review‘s 35 Innovators Under 35 in 2013. Now a general partner with Andreesen Horowitz, he leads investment in companies like Socratic, Oration, RideCell, and LearnSprout. Why follow Srinivasan: More than 20,000 people tune in for his startup-specific shares and conversation.

Investor, technologist, and massively respected entrepreneur Khosla founded his namesake VC firm, Khosla Ventures, in 2004 after he helped turn a computer science project into Sun Microsystems. He doesn’t like the term venture capital, however–he prefers to call what his firm does “venture assistance” or simply company building. His approach has worked for many startups, including Fundera, Rocket Lab, and EcoMotors. Why follow Khosla: 431,000 people can’t be wrong–Khosla is a true influencer and “entrepreneurship zealot,” as he says.

This Intel Capital investor is also an adviser with seed fund and startup accelerator 500 Startups and works with nonprofit StartX. Her current investments include Jelli, Yummly, Betaworks, and Hangtime. Why follow Herron: She’s sharp, super social, and refreshingly human with a mix of VC and family-related tweets. 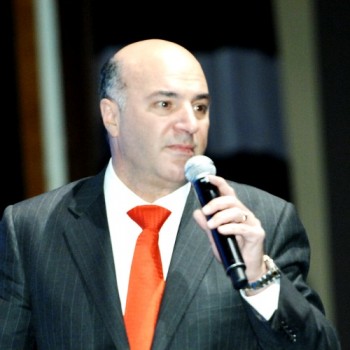 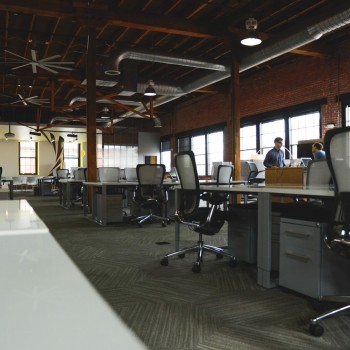