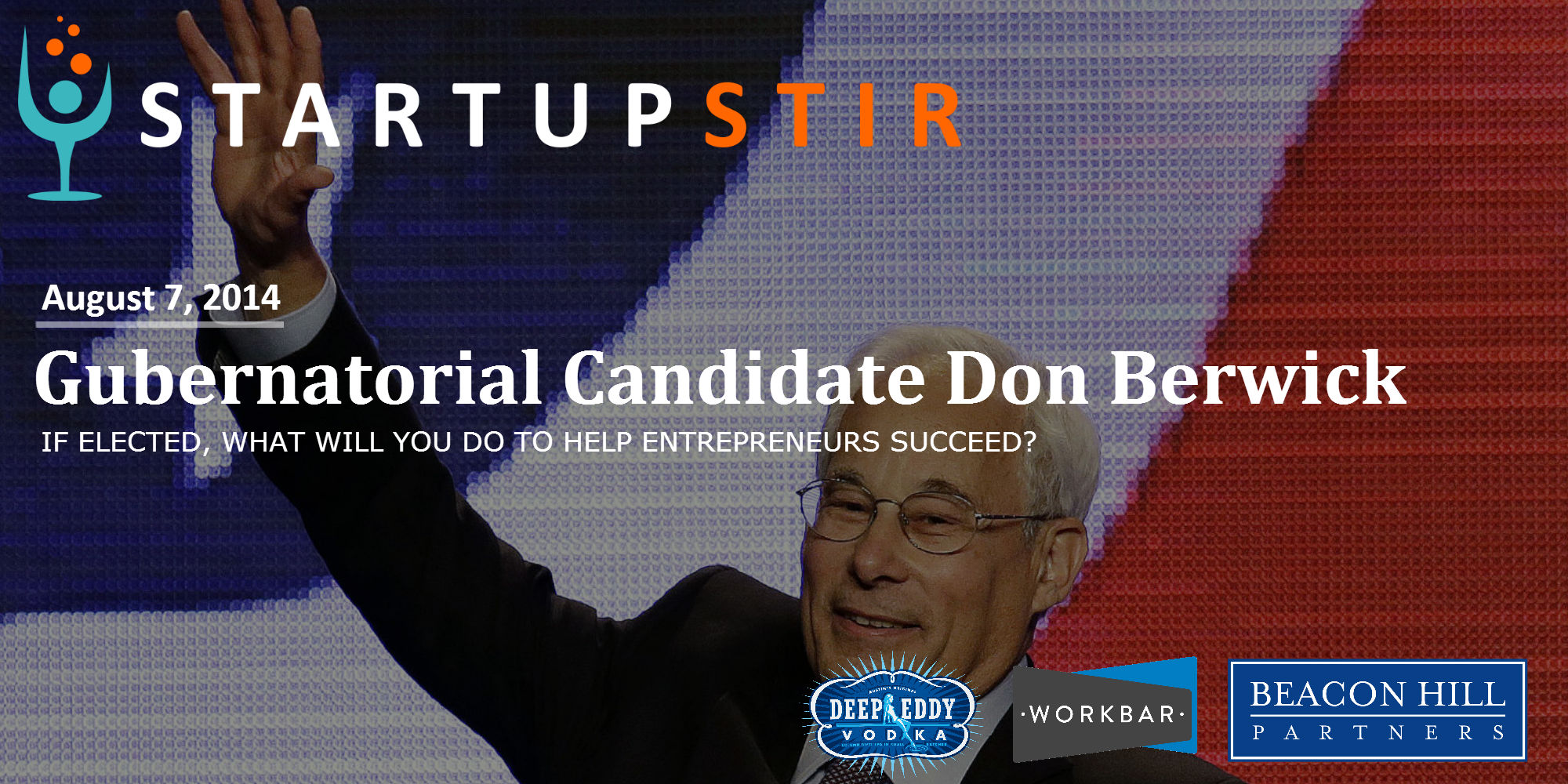 This summer Beacon Hill Partners is excited to host a 4 part series with candidates vying to be the next Governor of the Commonwealth of Massachusetts – the Startup Stir Gubernatorial Candidate Forum.  We’re asking –

If elected, what will you do to foster the innovation economy and help startups, entrepreneurs and small business owners succeed?

Each candidate will speak independently on their candidacy, their plans for small business development and their support of entrepreneurs and the innovation economy.

Don Berwick, Democrat
Don Berwick has dedicated his life to creating stronger communities and saving lives.  Now he’s running for Governor to make Massachusetts a beacon for the rest of the nation.

Don has called Massachusetts home for decades – first as a student, then as a pediatrician, a teacher, and a CEO. Don and his wife Ann live in the same Newton house where they raised their four children and now play with their grandchildren.

In 2010, the President asked Don to go to Washington to lead the Medicare and Medicaid programs. Don took charge of an agency with a budget over $800 billion—larger than the Pentagon’s—and led a staff of more than 5,500 people. At one of the most critical times in our nation’s history, Don implemented many of the most important provisions of the Affordable Care Act.  Click here to learn more about Don.

Startup Stir is a place for professionals from all industries to exchange knowledge.

Our monthly seminars cover a range of topics that are pertinent to small businesses and entrepenuers. With guest speakers, free food and beverages, and an exchange of knowledge, what’s not to love? Here you will sharpen your skills, learn something new, and creatively collaborate. Come grow your network and stay on tap!