Note: Startup Stir hosts live networking events in Boston, New York, Chicago and San Francisco.  To register for the next one, click here!

There is one common practice among successful entrepreneurs to which many of them attribute their wild success. Most of us barely make time for this activity, but entrepreneurs spend hours doing it.

What is it? The simple act of reading.

Billionaires and Their Books: Why the Rich Love Reading

A huge number of winning entrepreneurs, from Elon Musk and Warren Buffett to Bill Gates and Oprah Winfrey, cite reading as playing a huge role in their lives.

Warren Buffett spends 80 percent of his time reading and thinking, digging through 500 pages every day. An ardent reader, Buffett says, “I just sit in my office and read all day…that’s how knowledge builds up, like compound interest.”

Bill Gates is another avid reader. He spent much of his childhood engrossed in books, saying, “I really had a lot of dreams when I was a kid, and I think a great deal of that grew out of the fact that I had a chance to read a lot.”

Gates would spend hours delving through encyclopedias and other reference books as a child. He read so much that his parents were concerned, worrying that he might become a loner.

While Gates is famous for his work in tech, he continuously makes time for books. Many readers look forward to Gates’s annual book list, with his recommended reads from the year.

Elon Musk is another tremendous reader.

Although Musk has a degree in physics and in economics, he is self-educated in the fields of aerospace and automotive engineering. When people ask Musk how he learned to build rockets, he admits that he simply read books.

Musk doesn’t just read books–he devours them. His brother, Kimbal Musk, recalls that as a child, Elon would regularly read though two books in a single day.

While most entrepreneurs focus largely on nonfiction, Musk stresses that reading both nonfiction and fiction brings enormous value. His personal reading list is a diverse mix of both physics and fantasy, with books like Ignition: An Informal History of Liquid Rocket Propellants listed alongside The Hitchhiker’s Guide to the Galaxy.

Musk credits the science fiction stories he pored over as a child with inspiring his dreams of space and Mars colonization (dreams he is now making a reality with his SpaceX program).

Teens Are Substituting Tech for Page-Turning

The greatest entrepreneurs of our age are voracious readers, but it’s a practice that’s becoming less common. This isn’t a surprise, considering technology’s uncanny ability to quickly absorb our spare waiting-at-the-bus-stop moments–time which was previously devoted to books. It’s not surprising that reading is on the decline, but it’s still sad.

Most of us read considerably more as children than we do as adults. Books are increasingly becoming a hobby only for the very young and the very old.

A study from Common Sense Media shows that 27 percent of today’s 17-year-olds say that they “never” or “hardly ever” read. That’s a huge spike from 1984, in which only 9 percent of that age group said they didn’t read.

However, reading is still common among younger children. Some 53 percent of 9-year-olds read for fun every day. Amazingly enough, that’s the same percentage of 9-year-olds who were reading for fun in 1984.

However, this number dips considerably as children turn into tech-obsessed teens, with only 19 percent of modern 17-year-olds reading for pleasure, compared to 31 percent back in 1984. It’s hard for the lengthy narratives of books to compete against the barrage of Instagram pics and PewDiePie YouTube videos.

In fact, nearly half of teens say they only read for pleasure once or twice a year. Now that’s abysmal.

To be fair, adults aren’t doing much better. We spend on average 2.7 hours a day watching TV. Even the second most common leisure activity (which, by the way, is simply socializing) is miles behind television, clocking in at only 43 minutes.

Of course media and its myriad of distractions are to blame, but with public libraries still readily available, it’s our choice to read or not.

Perhaps we don’t need to be completely horrified–some even argue that, in this new “golden age of television,” complex and sophisticated narratives like those of The Wire and Breaking Bad can be as cognitively valuable as books.

Even if you’re not buying that that latest Netflix original series is on par with Slaughterhouse-Five, the good news is that your senior years tend to be ripe with reading opportunity.

Studies show that adults aged 65 to 74 spend an average of 44 minutes each day reading, and that jumps up to a full hour for adults 75 and older.

Still, if reading is as valuable as the great entrepreneurs of our generation lead us to believe, we need to make it a regular activity for everyone.

Let’s not allow reading to die by the wayside, discarded to make room for new Snapchats and Candy Crush levels. Here are a few ways to bring back the book:

Books are a great source of knowledge, with titles on every subject under the sun. But perhaps even more importantly, books teach readers how to dream, imagine, and explore possibilities.

It’s books that foster the natural inquisitiveness and curiosity that make great entrepreneurs. Let’s do our best to resurrect the reader.

The Decision to Quit Your Startup 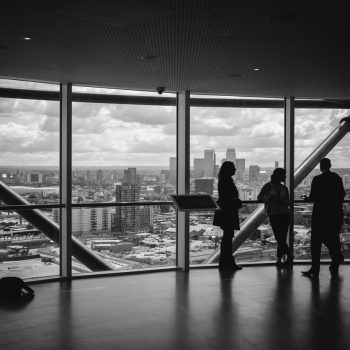