Contrary to popular belief, taking the Harvard grad over the smaller community school grad isn’t only elitist-it may mean you’re not getting the best or smartest employee, either. In fact, you probably just shouldn’t hire someone from Harvard.

So then why the heck are employers so enamored with prestigious academic institutions?

You can thank elite institution cognitive disorder, or EICD, for this, according to best-selling author and speaker Malcolm Gladwell, who argues that society dramatically underestimates the costs associated with being at the bottom of a social hierarchy.

For his recently published book, David and Goliath, Gladwell examined the abysmal graduation rates of STEM (science, technology, engineering, and mathematics) students at a variety of U.S. schools.

What he found was crazy.

He shared math SAT scores from freshman science and math students at Hartwick, a small liberal-arts college in upstate New York. The top, middle, and bottom third of students averaged 569, 472, and 417, respectively, demonstrating a wide range of native math ability in their first year.

Next, Gladwell examined graduation rates. More than half of those students in that top one-third bucket according to their math SAT scores will graduate. In his Hartwick example, the number of graduates drops off to 27 percent for the second third of students-and just 17 percent of the bottom third will graduate.

Now, we should see fewer kids dropping out as we examine graduation rates at more elite institutions, right? The dumbest kids at Harvard are smarter than the smartest students at Harwick in terms of their entrance math SAT scores, so they should do better, right?

But these kids are brilliant! Why aren’t they graduating?

This is a trend you’ll see across the country, in any and every college. The students at the top of the class will get their degrees, and the others won’t.

It’s a function of your relative standing in your class.

Psychologists call this phenomenon relative depravation theory. In short, it means that we don’t assess ourselves in comparison with everyone in the world-we assess ourselves on the basis of those in our immediate circles.

The kid who goes to Harvard doesn’t see him or herself as one of the top students in the country, unless he or she is also the top of his or her class. Students see their peers outperforming them and are negatively affected.

Gladwell cites research from UCLA’s Mitchell Chang that shows that a person’s odds of earning a science or math degree fall two percentage points for every 10-point increase in the average SAT score of his or her peers.

Basically, if you want a math or science degree, don’t go to Harvard.

Even more important: Don’t hire someone on the basis of his or her educational institution.

Consider this: Though most students would prefer to go to Harvard and have that pedigree (thanks to that EICD plague mentioned earlier), graduates of the top schools aren’t necessarily the top performers in their fields.

Examining Ph.D. students now, Gladwell showed that only the top 99th-percentile grads of their Ph.D. programs at Harvard, MIT, Yale, Princeton, Columbia, and Stanford are publishing in top journals at astonishing rates. Yes, the very best students from the very best schools are extraordinary.

After that, though? You wouldn’t be able to pick the rest of the Harvard (or MIT or Yale) grads out of a crowd.

This is crazy-it’s counterintuitive and goes against everything we believe to be true about class in education and what the big names really mean.

But the data doesn’t lie.

What relative depravation theory means for employers is that if you want to hire the best grads, you have to look beyond the best schools. Instead, hire on the basis of class rank, even if-no,especially if-the person is not from one of the more prestigious institutions.

If you can afford to scoop up a superstar-the top 1 percent of the class grad from Harvard, Yale, or MIT-go for it. Otherwise, don’t hire someone on the basis of simply a set of elite educational credentials.

8 San Francisco Startups to Watch Out For 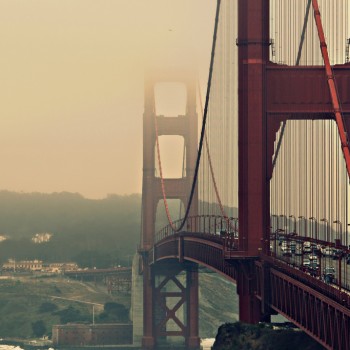